At the conference, JIANG Lijie (Deputy general manager) made a annual report entitled “Adjust main business income, do more efforts for the project” for 2015. he pointed out in the report, that JMI would accelerate the progress of Dushan Jinmeng cogeneration project in 2016, and make it becoming the most advance Ferroalloy production manufacturer at home. The company's asset structure must be optimized in next year, reducing manufacturing & Logistics cost. And the modern enterprises should be in a good financial condition and have a distinctive ideological.

Mr. GUO Zhiyou has made an important speech at the conference. Firstly, He analyzed the current ferroalloy & steel market trends of domestic and international, considering the current status of Guangxi Jinmeng, and affirmed the production technology and processing level of the subsidiaries having a significantly improvement. Although the market in the downturn, Jin Meng management team forging ahead in unity and full of fighting, got over all difficulties. He emphasizes the importance of project construction to company's sustainable development.The construction of Dushan Jinmeng Cogeneration project will always be the top of the work in 2015. The management team must make more efforts to strengthen the management of funds and improving the utilization,  completing investment progress as soon as possible. And he encourages all employees making Jinmeng’s dream as their own future.

The Leaders commended the "Advanced Unit", "Jinmeng Star" and "Advanced Worker" of Jinmeng Manganese Industry in 2012 and awarded honorary certificates and bonuses. 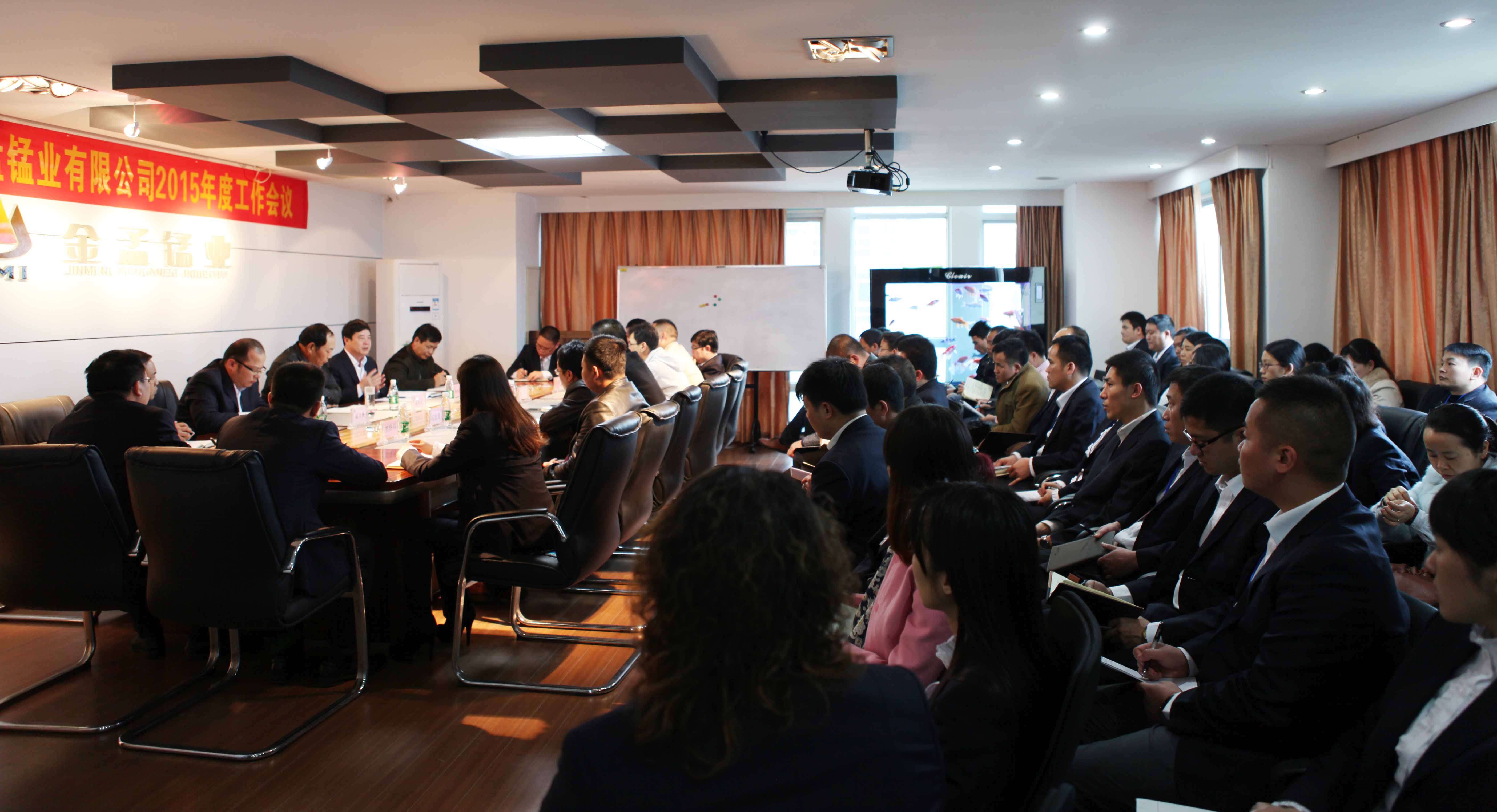